Move over, The Impossible. There’s a new movie making its way to the top of Netflix’s charts. And it even stars one of our favorite actors, Ryan Phillippe.

Called ‘The 2nd’ (referencing the second amendment of the United States Constitution), the 2020 film just made its way to the number two spot on the streaming service’s list of most-watched movies, surpassing The Impossible, Easy A, Operation Christmas Drop, Mile 22, Knock Knock and Holidate. Keep reading for everything we know.
YouTube Video Preview
‘The 2nd’ follows secret-service agent, Vic Davis, on his way to pick up his estranged son, Sean, from his college campus when he finds himself in the middle of a high-stakes terrorist operation. Yikes. His son’s friend Erin Walton (the daughter of a Supreme Court Justice) is the target, and this armed gang will stop at nothing to kidnap her and use her as leverage for a pending landmark legal case.

And while some reviews (we’re looking at you Rotten Tomatoes) were less than kind to the small-budget film, we were actually fairly impressed (and entertained). In fact, The 2nd feels like a true throwback to old-school action movies featuring never-ending fight scenes and explosions. Not to mention, watching Phillippe show off his fighting skills is an added plus.

So, maybe take a break from all of the Christmas movie bingeing and opt for something a little more action-packed this evening.

Ryan‘s new movie that came out on September 1 has become a hit on the iTunes platform, where it has placed at number one on several charts.
This week it’s “The 2nd,” which jumped to #1 on the AppleTV and GooglePlay movie rental charts.

Ryan‘s new movie ‘The 2nd’ is now on demand and on digital.
You can buy or rent the movie through iTunes, FandangoNow or Amazon Prime Video.

Here we will inform when the movie is available on a platform such as Netflix or HBO.
Now enjoy a second clip of the movie.

Ryan Phillippe has a very particular set of skills in his new action flick, The 2nd — and ET can exclusively debut the trailer.

Phillippe plays Secret Service Agent Vic Davis, who finds himself single-handedly fighting to thwart a terrorist operation and the attempted kidnapping of a Supreme Court justice’s daughter from her college dorm. (If you were a fan of Phillippe in Shooter, then director Brian Skiba’s thriller is a perfect pic for you.)

Even better, The 2nd sees Phillippe taking on none other than Starship Troopers legend Casper Van Dien, as fists fly and bullets rain. “They came prepared” the preview teases, “but NOT. FOR. HIM.” Watch the trailer above.

The Company is pleased to announce that “The 2nd” which was produced by the Company are being released this fall.

“The 2nd” is an action-thriller starring Ryan Phillippe (Crash) and co-starring Casper Van Dien (Starship Troopers) and is set to premiere on VOD on September 1, 2020.

The 2nd tells the story of secret-service agent Vic Davis (Ryan Phillippe). Vic is on his way to pick up his estranged son, Shawn (Jack Griffo) from his college campus when he finds himself in the middle of a high-stakes terrorist operation. The daughter of a Supreme Court Justice, and friend of his son’s, is the target. The attacking armed faction will stop at nothing to kidnap her and use her as leverage for a pending landmark legal case addressing the Second Amendment. Vic quickly realizes that there’s no one coming to rescue them, and must now use his entire set of skills to save both her and his son from an incredibly dangerous and lethal situation. 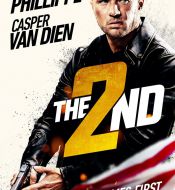 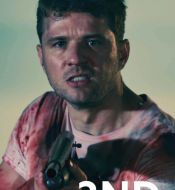