Thanks to flashbacks we can continue to enjoy Ryan in the series ‘Big Sky’, here are the latest images until episode 5. 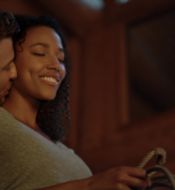 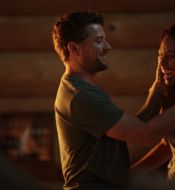 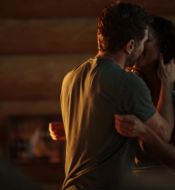 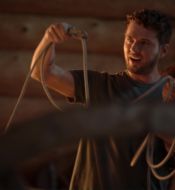 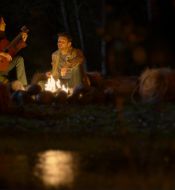 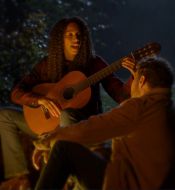 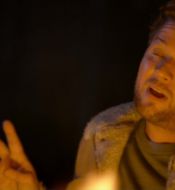 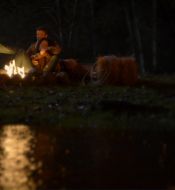 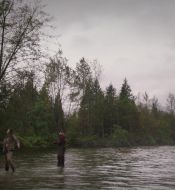 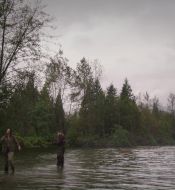 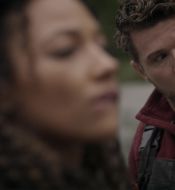 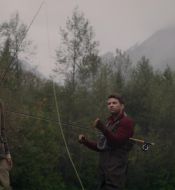 It was a busy Tuesday night at CBS, which saw a trio of coronavirus-delayed season premieres kicking off with the Season 18 debut of NCIS, which delivered 0.9 in the adults 18-49 demographic and 10.06 million viewers. The popular procedural topped the night in viewership but was down from its Season 17 average, marking a series low in the demo per Nielsen’s Live+Same Day early numbers.

The third season debut of FBI (0.8, 8.05M) and the Season 2 kickoff of FBI Most Wanted (0.6, 5.30M) followed, but both series took a hit from last season’s averages and hit audience lows. Still, CBS won the night overall in total viewers.

The Bachelorette (1.3, 4.94M) on ABC dipped two tenths from last week but was still enough to be the night’s top-rated show. That led into David E. Kelley’s Twin Peaks-adjacent Pacific Northwest noir thriller Big Sky (Rating: 0.6, Audience: 4.03M) made its big debut (with an even bigger twist). The duo helped ABC take the night’s No. 1 spot overall in the demo.

You can now enjoy the captures of the shocking pilot episode of ‘Big Sky’.

Danielle and her sister Grace are kidnapped by a truck driver on a remote part of the highway; private detectives Cody Hoyt and Cassie Dewell search for the sisters. 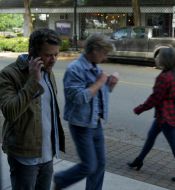 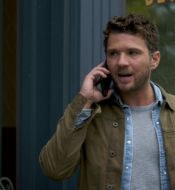 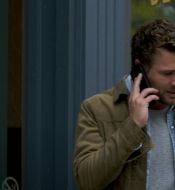 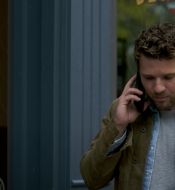 ABC’s new drama series Big Sky from uber-producer David E. Kelley snagged a few headlines when the trailer dropped in October thanks to views that topped 25 million in the first three days, including 12.2 million on Twitter alone.

Now to celebrate Kelley’s return to network television after such high-profile cable dramas as Big Little Lies and The Undoing, ABC is pulling out all the stops for an exclusive Nov. 12 virtual premiere event. The Kelley-created thriller Big Sky follows private detectives Cassie Dewell (Kylie Bunbury) and Cody Hoyt (Ryan Phillippe) as they team up with his estranged wife and ex-cop, Jenny Hoyt (Katheryn Winnick), to search for two sisters (Jade Pettyjohn, Natalie Alyn Lind) who have been kidnapped by a truck driver on a remote highway in Montana. It’s based on the series of books by C.J. Box.

Per show reps, the virtual premiere has been designed to give the audience the experience of stepping inside the world of Big Sky, Montana to experience what it’s like to explore the town. To accomplish that, ABC teamed with event producers Little Cinema to build a physical recreation (rendering seen below) of Big Sky’s “All In Bar,” a location featured in the pilot episode. It will be populated by two live performers.

Music from the show will be performed by a “local” Big Sky artist during the pre-party experience. Following the premiere episode debut, a live Q&A will follow. Attendees are also said to be receiving “Country Crate Meals” delivered to their respective homes to enjoy during the event. It will include country dinner staples, local Montana treats, a Montana state baseball cap, a Yellowstone candle and a pine-needle tree to plant at home.

Explains Naomi Bulochnikov-Paul, senior vp communications at ABC Entertainment: “With the legendary David E. Kelley helming our new drama ‘Big Sky,’ we wanted to create a unique shared experience that celebrates the show’s gripping storytelling, offers a flavor of the thrilling twists and turns to come and most importantly, celebrates our amazing talent.”